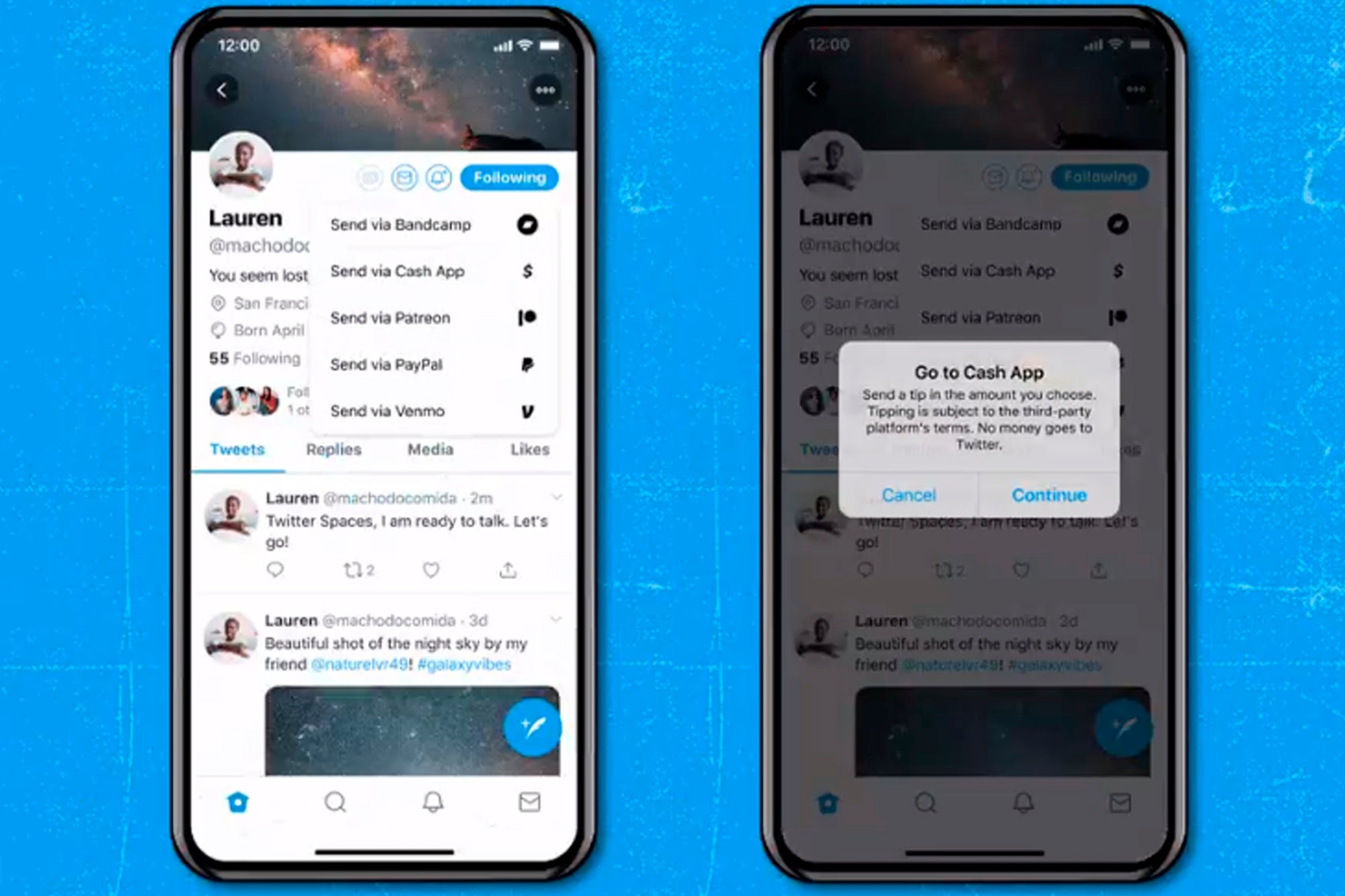 As part of its project to increase content monetization, Twitter introduced Tip Jar, a new tool for users to give and receive tips. The function is part of the changes that the platform is implementing.

“You drive the conversation on Twitter and we want to make it easier for you to support each other beyond Follows, Retweets, and Likes. Today, we’re introducing Tip Jar – a new way for people to send and receive tips,” wrote Esther Crawford, Twitter’s senior product manager, on the platform’s blog.

With this function, users will no longer need to go to external platforms, such as PayPal, or share their bank account. Instead, they can receive some compensation for their work or request financial support in a simpler way.

Related: Twitter Bought Scroll and is Moving Towards Paid Subscriptions. What Does That Mean for the Platform?

“Tip Jar is an easy way to support the incredible voices that make up the conversation on Twitter. This is a first step in our work to create new ways for people to receive and show support on Twitter – with money,” added Crawford.

How does the Tip Jar work?

As explained by Twitter, you can tell if a profile has the Tip Jar feature if you see the icon of a jar next to the Follow button.

When you click on the icon, a list of the services or payment platforms that the account has enabled will appear. Select the method that suits you best and you’ll be sent to the selected application, where you can support with the amount you choose.

show your love, leave a tip

now testing Tip Jar, a new way to give and receive money on Twitter

Payment platforms to choose from include PayPal, Patreon, Bandcamp, Cash App and Venmo. Twitter also won’t charge a commission or percentage for the use of the Tip Jar. In addition, the function is available for users with Androids.

In its initial phase, the Tip Jar feature will only be available to some users of the social network.

This week, Twitter announced that it bought the startup Scroll as part of its project to implement paid subscriptions. The app, which charges a monthly fee to avoid ads on news pages, will be integrated into the payment platform they are developing. This would also include Revue, the news service Twitter recently bought, as well as other proprietary tools, Mike Park, Twitter’s vice president of product, explained in a statement.

Social media platforms are increasingly interested in monetizing their content. One example of this is Instagram, which announced new tools for influencers to obtain more profits. Spotify is another platform following the trend, allowing podcast creators to charge for exclusive content .

Related: Google Confirms That it Will Pay the Mexican Press for News