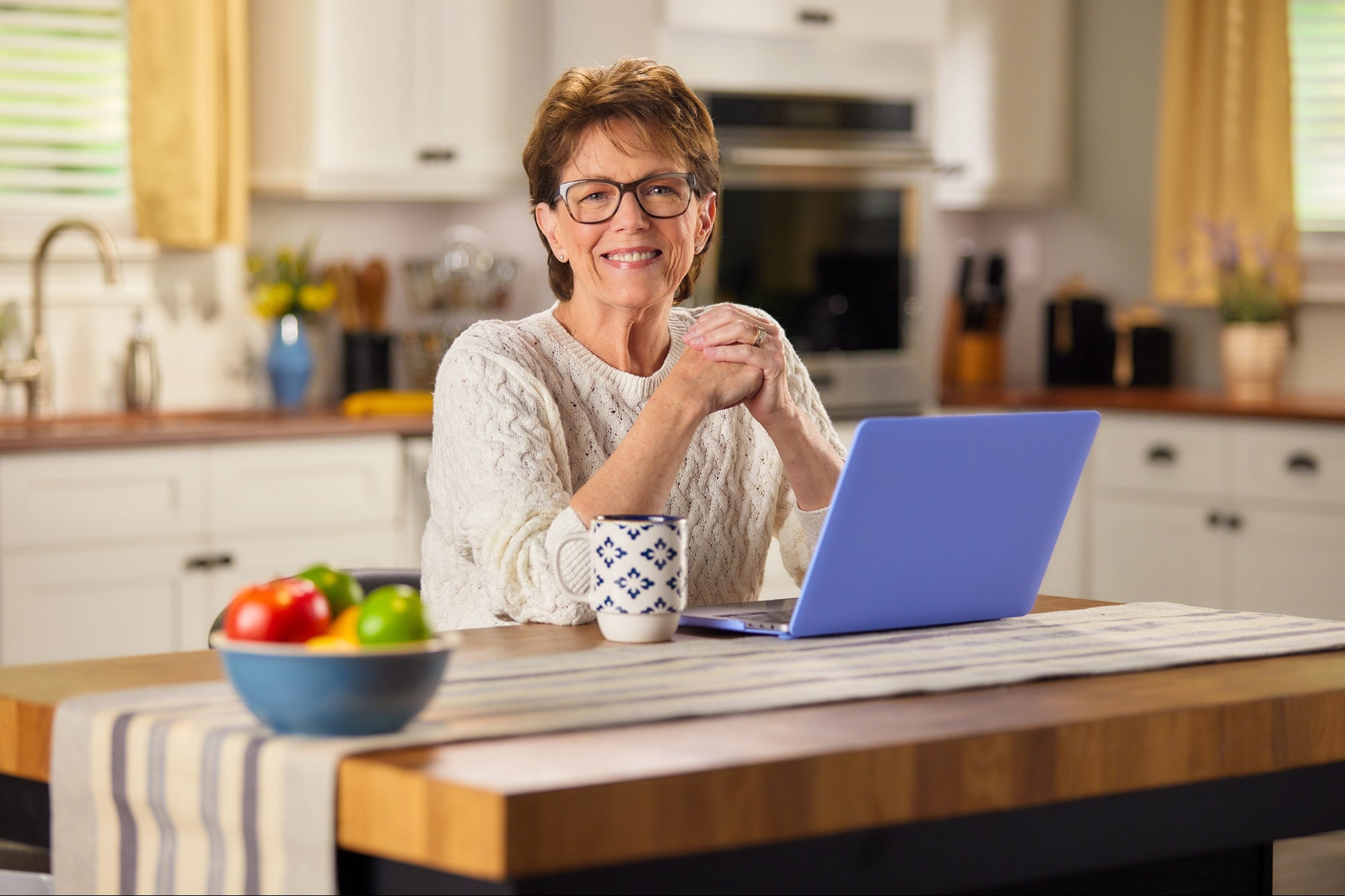 Susan Bennett checked her email one morning back in 2011 and quickly realized her life was about to change. “A fellow voice actor friend of mine emailed me and said, ‘We’re messing around with this new iPhone app. Isn’t this you?’” 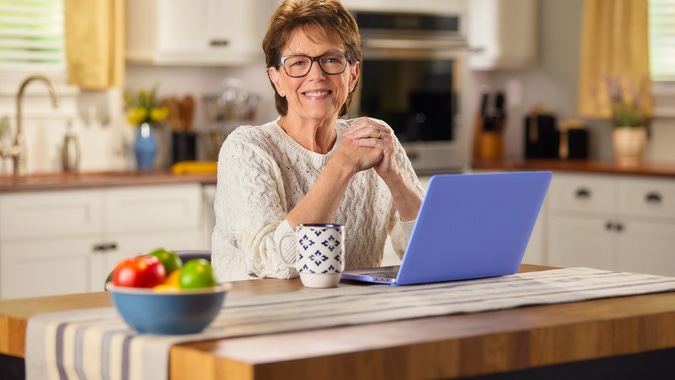 Susan Bennett is putting her Siri fame to good use on behalf of disabled persons worldwide.

The app was Siri. And it was Bennett. She recorded the audio for the project six years earlier and had no idea she would one day become the most useful voice in the world.

But that usefulness goes beyond the random commands most of us throw at her. Apple’s debut of a mainstream voice assistant pressed the fast-forward button on web accessibility. Suddenly, a larger portion of the world’s billion disabled persons could use a smartphone, apps and the internet itself with more ease.

“Without even planning to be, I became this huge tool for many in the disabled community,” Bennett says. “It was a powerful reminder that the internet is not accessible for millions of disabled individuals.”

So when web accessibility app UserWay went looking for an influencer to be the voice of its new campaign, all they had to do was ask Siri. Or the voice behind her.

Related: Led By Sommer Ray, the Era of the Influencer-Entrepreneur Is Upon Us

Bennett calls her path to a voice-over career a “happy accident.” She was working as a musician performing backup vocals on a studio project when a hired narrator didn’t show. The studio owner asked Bennett to fill in, “because I didn’t have an accent,” she remembers. She enjoyed the experience enough to hire a voice coach and talent agent and start looking for jobs.

Voice-over work is not unlike regular acting. You typically submit audition tapes until you’re called in for a live audition in front of casting agents, directors and other creative types, then wait for a call back.

It’s not uncommon for an active voice-over artist to have 10 recording sessions in a given week. Many let their agents handle the paperwork and finances while they move on to the next gig or audition. Most won’t remember the recordings they did last week. Bennett’s Siri sessions were long in the past when she started hearing herself on everyone’s iPhone.

“I didn’t tell anyone I was Siri for two years out of concern it would affect my career,” she says. “As a voice actor, anonymity is a good thing. You never want to be tied to one specific voice or character.”

Bennett admits once she did own the title publicly, it opened up new opportunities as a public speaker, which put her in line to be considered an influencer — one a company like UserWay might turn to.

In Winfluence — Reframing Influencer Marketing to Ignite Your Brand, I talk about three pillars of analysis in prioritizing influencers to use for a given campaign. Reach, relevance and resonance make up the foundation of my Winfluence Priority Scorecard, which is provided as a free resource in the book and online. 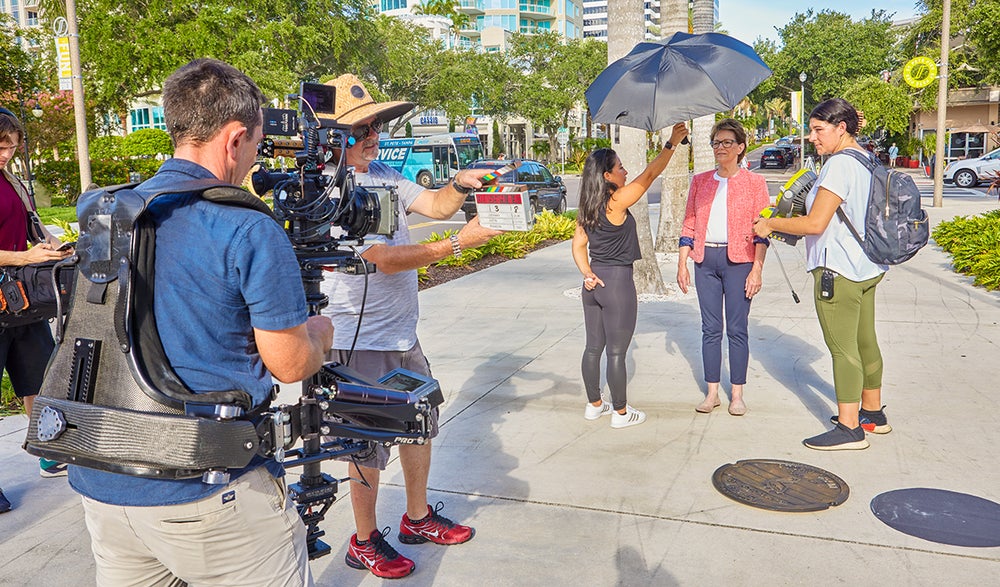 Relevance might be the most important of the three. Bennett is supremely relevant to the web-accessibility movement because she’s become the voice of it, albeit unwittingly. Siri, and later Alexa and Cortana, have become default ambassadors for many disabled people to the mainstream. When we see Bennett talking on behalf of UserWay, recognize the voice and hear what she’s saying, it all makes sense.

Throw in anyone else — William Shatner, Dolly Parton, The Most Interesting Man in the World guy — and it simply doesn’t click. Siri is “the” voice. Having Bennett on board is a clear win.

Beyond the media recognition Bennett garners, she has a modest social media presence (roughly 50,000 total followers) and frequently speaks to business audiences. No, she’s no Kardashian, but hypothetically, if she keynotes three or four sizable events each month during a typical campaign, she could be in front of as many people.

The reality of web accessibility

Let’s not allow the core issue to be lost in this.

Siri’s 2011 birth was overshadowed by controversy around privacy concerns and whether or not artificial intelligence had gone too far. But the fact that someone visually or tactically impared could now just speak a command and be given information, rather than using less streamlined accessibility apps or techniques, was widely overlooked. This is, unfortunately, not uncommon. According to the Web Accessibility In Mind (WebAIM) analysis of the top million home pages on the Internet, 97.4% showed accessibility errors.

Globally, 15% of the population has some form of disability. The impairments many think of when considering accessibility for their websites are visual and physical, but often forgotten are individuals with auditory or speech impairments. Seldom even considered are those with cognitive or neurological difficulty. All are accounted for in the Web Content Accessibility Guidelines (WCAG), which are developed by the World Wide Web Consortium (W3C).

Does your website serve those with challenges navigating the web? While not a direct ranking factor, Google has consistently reinforced accessibility as a favorable indication in determining a website or page’s search engine rankings.

Isn’t it time we made web accessibility a standard practice rather than an afterthought? Why don’t we ask Siri? “Accessibility is one of those things that we all need to care a little more about,” Bennett says. “There are millions of people in the world struggling to make it through the day because of their physical impairments. It’s up to all of us to make sure that doesn’t happen anymore.”

Can You Still Make a Living Off Affiliate Marketing? The TRUTH About Affiliate Marketing
Marketing 360 — Turbocharge Your Marketing
Self Improvement – Strategy That Works & Saves Time
Networking on LinkedIn | Getting Responses and Generating Leads
Your Blog Won’t Get Traffic Unless You do This
Ads by Amazon