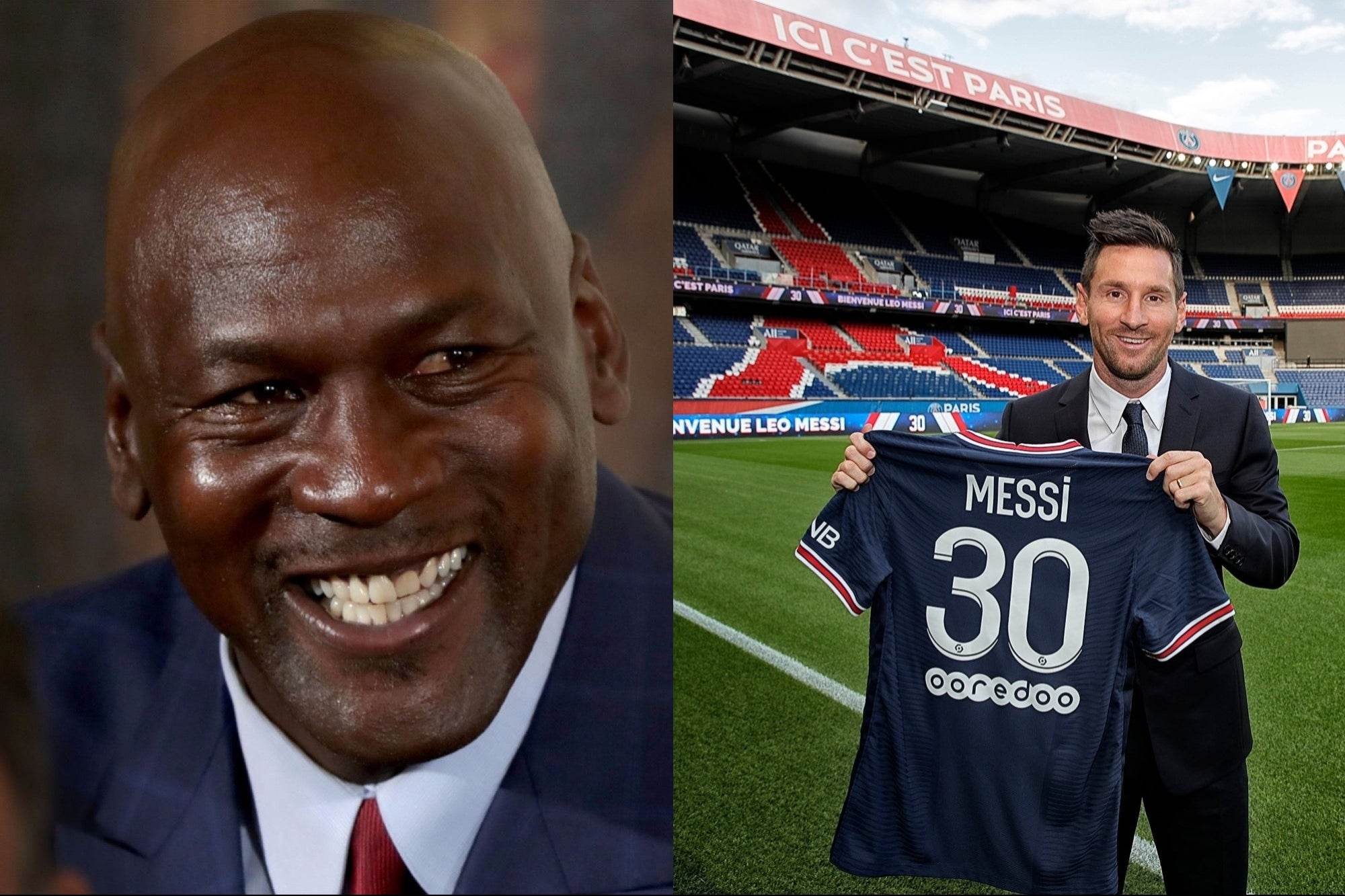 When Lionel Messi signed a contract with PSG, it generated a knock-on effect, which will now add several million dollars to the account of legendary basketball player Michael Jordan.

Since the arrival of Lionel Messi to PSG was announced, it was known that it would cause several collateral effects. One of them was adding several million to Jeff Bezos’ accounts, but the Amazon founder is not the only beneficiary. It was learned that the legendary NBA player, Michael Jorda n, will also earn a fortune thanks to the Argentine star.

What does Lionel Messi have to do with Michael Jordan?

If Messi, also known as ‘La Pulga’ , was already a world icon when he played for Barcelona, his move to the French team made the number 30 shirt with the name of the Argentine star become the most coveted. In fact, the player’s fans have already invaded the official store of the Parisian club and sales are expected to grow throughout the season.

Now, Michael Jordan owns the Jordan Brand company, which in turn owns the Air Jordan sports brand. The firm has an agreement with Nike and the Paris Saint-Germain club to produce sportswear, which includes PSG jerseys for each season. This collaboration started in the 2018/2019 season and will run until mid-2022.

How much money are we talking about?

According to the agreement, the athlete is entitled to 5% of the income from the sale of team shirts. Therefore, doing the math, the basketball star could earn about $ 47.5 million thanks to ‘La Pulga’ .

It should be remembered that these calculations are only initial projections, since Messi has not yet made his debut with PSG and the numbers could change during the season, depending on factors such as his first games, his goals and if in the future he collaborates to win a title.

A ‘little help’ for Michael Jordan

This ‘little extra money’ goes very well with Jordan , who was the greatest figure of the golden years of the Chicago Bulls in the NBA and is considered the best basketball player in history .

The former basketball player lost a good part of his fortune during 2020 , due to some failed businesses and of course, the economic effects of the Covid-19 pandemic. His assets suffered a reduction of almost 24% from $ 2.1 billion to $ 1.6 billion, according to Forbes magazine.

In this context, Michael Jordan does not hurt the 47 million dollars that he could earn with the arrival of Lionel Messi at PSG . And so we see how one sports legend brings profit to another.