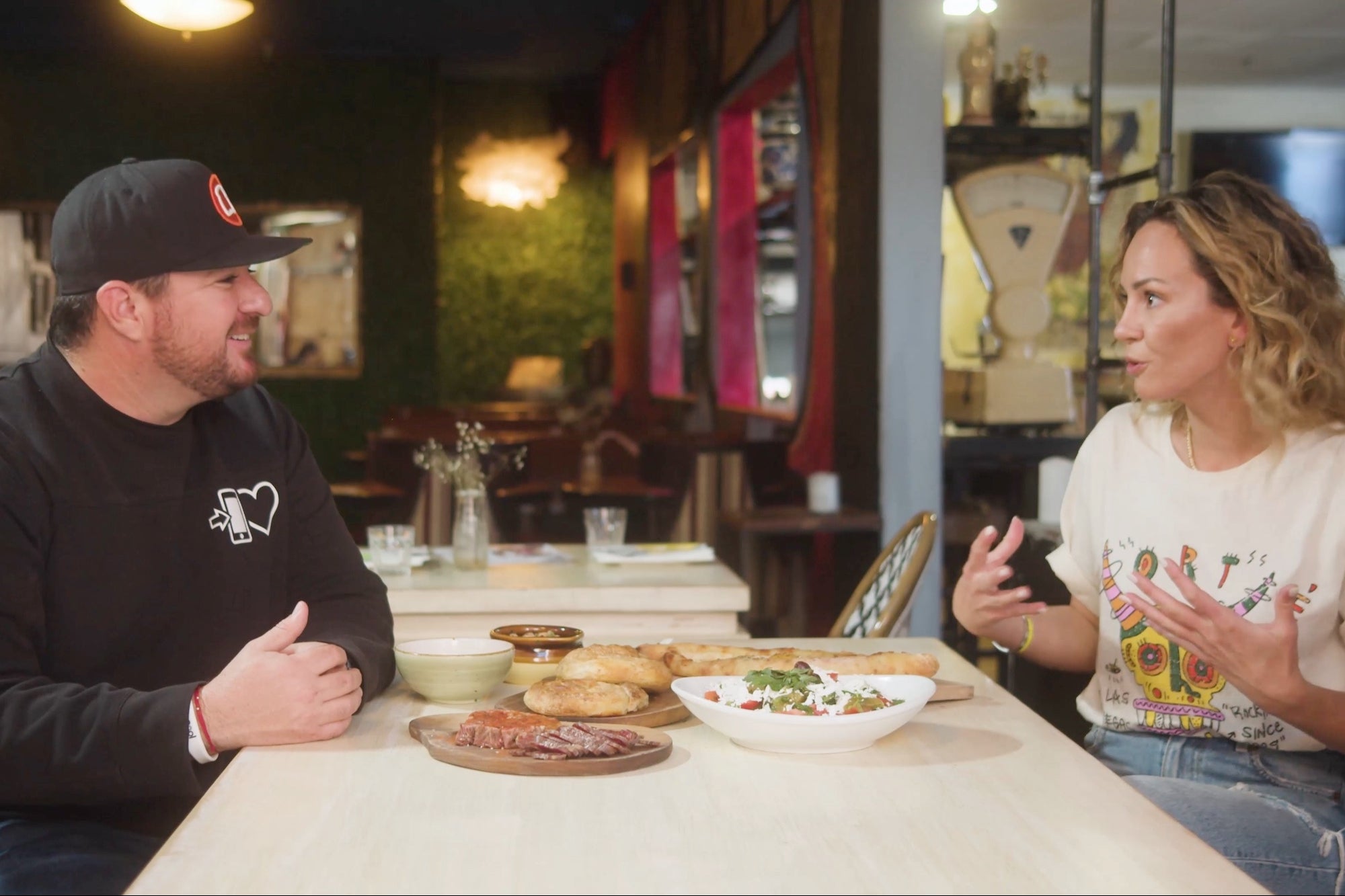 Takeaways from this episode:

Culture Exposure is a Creative Muse — Nina Manchev has a love for Bulgaria. Even more, she has a passion for sharing her culture with other people, which is the foundational inspiration for her restaurant, Forte Tapas in Las Vegas.

Food is a Love Language — As Nina Manchev states, food is an international language that we all can understand and feel the love that is put into every dish regardless of where we are or where it comes from.

Do What You Do and Do It Well — As a young 23-year-old woman starting a business, Nina Manchev felt the pressure to constantly prove herself. As time has gone on, she has embraced doing who she is and what she has to offer. That has made her a powerful force to be reckoned with.

“I knew what I wanted to do. I knew that it wasn’t going to be easy.”

Trending
Don’t Apply a “One-Size-Fits-All” Approach to Your Marketing. Do This Instead.

Any entrepreneur should relate to that sentiment by Nina Manchev, owner of a litany of business ventures including Forte Tapas Bar & Bistro in Las Vegas.

It is no secret that it is tough to find success in the restaurant industry. The degree of difficulty is increased when said restaurant is opened in a location where hospitality is the main industry of the region. Success becomes a bit more difficult to find when the person opening the restaurant is in their early 20s.

“I was 23 years old when I started,” Nina Manchev says of her remarkably early start to her career. “I’ve always been passionate about hospitality… I didn’t know where in the industry I would be.”

Being born in Bulgaria, hospitality has been weaved into her character. Sharing that hospitality with others was her initial inspiration for creating something she could call her own.

“Bulgarians are very hospitable people,” Forte Tapas owner Nina Manchev tells Restaurant Influencers podcast host Shawn P. Walchef of CaliBBQ Media. “It’s a lot about pride in what you do and who you are and then relaying that to somebody else.”

In a competitive world such as the hospitality industry in Las Vegas, creating that environment can be difficult. However, Manchev ensures that each customer at Forte feels the heart that goes into every meal. The attention to detail and labor of love that goes into cooking is an acceptable trade-off for the bit of extra time that a meal at the restaurant may take to arrive at the table.

That exceptional service is what led to a surprise email from and subsequent appearance on the extremely popular television show Diners, Drive-ins, and Dives hosted by Guy Fieri.

“We were recommended especially by someone that was on the same show even though we don’t even know each other,” Nina Manchev says of the serendipitous opportunity.

Though a naturally shy person, Manchev constantly presses on the edges of her comfort zone in order to grow. That was most apparent when she had to find a way to remain connected to the people during the pandemic shut down.

“The most important thing was how do I still maintain the relationship with our customers? Like, how do we still interact with them even though they’re not in the restaurant?”

The answer: live cooking on her YouTube channel. Not only did that bring the customers behind the proverbial curtain of the kitchen and allow them to see just what went into creating the dishes of Forte that they love so much, but it also provided Manchev the opportunity to employ the Bulgarian hospitality that means so much to her.

From the success of Forte Tapas, Manchev has been able to create other businesses that tie back to her initial wish to expose people to her culture and be the creative that she is at heart. She is the co-founder of a multilevel brand development company entitled Veritus Media Group, the owner of Epicurean Atelier, and the owner and Lifestyle Curator at NIMA Concepts, LLC, a consulting and development company. That push to create branches from one main tree is an attribute she credits to her father.

Through it all, Manchev says, “I found the most connection with people through food because no matter where you go in the world, the common language is food. And it’s something that you give of yourself. It comes from the heart for me. That’s what we stick to here.”

Here, being Forte. On a larger scale, Manchev has settled into the confidence that she can just be. She’s learned that she doesn’t need to compete with others or try to prove herself. She understands that asking for help, leading with grace, and letting time and experience be a teacher is the only way to sustainable success.

Summing it up in one phrase, Nina Manchev poignantly states, “Keep going.”

NOMINATE A RESTAURANT INFLUENCER — Do you know someone who is killing it on social media? Let us know by emailing influencers@calibbq.media or sending the @calibbqmedia team a DM on social media.

Restaurant Influencers is brought to you by Toast, the powerful restaurant point of sale and management system that helps restaurants improve operations, increase sales and create a better guest experience.

Why Social Media Platforms Are Adopting Ecommerce as a Saving Grace
Looking for New Ecommerce Customers? TikTok Might Be the Best Place to Start.
How to Sift Through Your Leads and Find the Gems
Scale Your Design Production Automatically with Robolly
It Pays to Be Mistrustful. Here’s Why.
Ads by Amazon