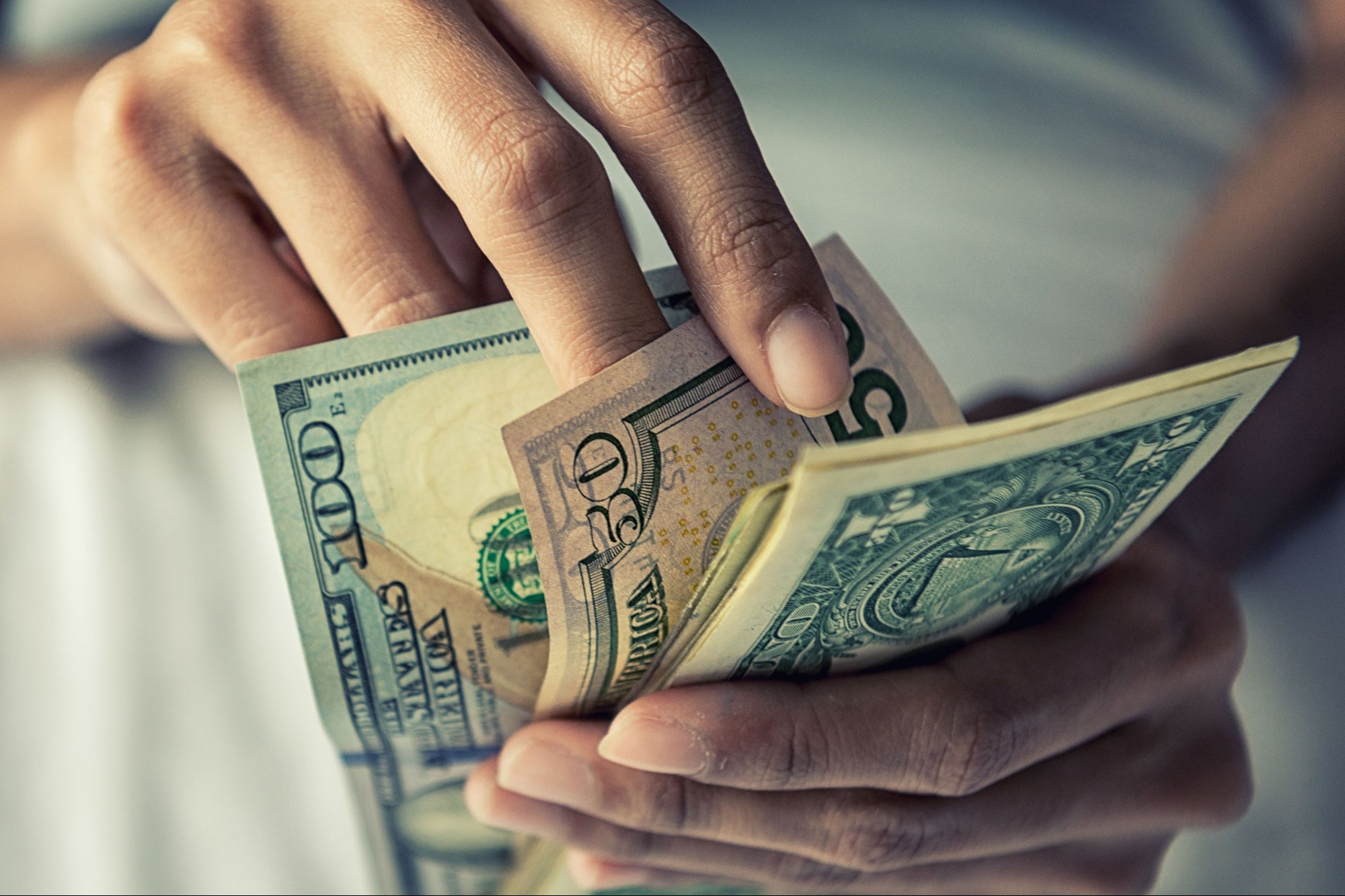 Technology is an engine of change that has slowly but surely transformed the world, down to the smallest facets of daily lives. It drives new needs, creates new patterns, and replaces older norms with newer ones. And advertising is one of the most change-sensitive commercial fields, due to its constant effort to match people’s preferences and surpass their expectations. While user demands shift and habits emerge, advertisers have to either keep up or bear the losses.

1. Use of Voice Commands

It’s been 11 years since Apple introduced the Siri voice assistant, and 10 years since the company integrated it into the new iPhone 4S (feel old yet?). What started off as more gimmick than practical feature has evolved into a trend marketers cannot afford to ignore. According to eMarketer, almost half of all US internet subscribers use voice assistants and voice searches at least once a month.

These assistants are now widely deployed in smartphones, smart TVs, tablets, speakers and other devices —  attracting consumers with their ease of use (it’s far more convenient for most to voice-search than to type). For many devices that don’t have dedicated keyboards and extra buttons (such as smart TVs), voice integration remains the only user-friendly tool to quickly execute system commands. That’s why streaming devices like AppleTV, Roku and Amazon’s Fire TV Stick have proprietary in-built voice control features, with unique strengths and flaws (among the former that AppleTV can interoperate with other Apple devices, and so can Google’s and Amazon’s devices).

Ultimately, when something attracts users, it attracts businesses. As Adobe stated in a company-generated 2019 survey, more than 90% of 400 interviewed decision-makers had already been investing in voice optimization, and 94% of them planned to increase spending on it in the coming years. In addition to classic text search engine optimization (SEO), brands should consider Voice Engine Optimization (VEO) techniques, and alter their business cards with more search-friendly keywords. Additionally, they can go the extra mile and explore Amazon’s Skills and Google’s Actions functionality for smart speakers to broaden their reach.

When global lockdowns were implemented now more than a year ago — with most public indoor spaces, including cinemas and stadiums, closing their doors — streaming services and other “over the top” (OTT) content (defined as any other than cable, broadcast, and satellite television platforms) bloomed. A report by Leichtman Research Group showed that by the middle of 2020, about 80% of US TV-equipped households had at least one connected TV (CTV) device (compared to 50% in 2015). At the same time, overall screen time increased; in the UK it has grown by a third compared to the pre-pandemic period, according to the BBC.

These shifts in content consumption have formed diehard habits such as “mealtime Netflix” and “before bedtime YouTube”. Also, newer binge-watching patterns are accompanied by a desire for purse string tightening, with more viewers opting for free ad-supported services, according to Nielsen. So, for marketers, CTV is a new and vigorous target. The industry analyst firm eMarketer predicts that CTV streaming ad spending will jump by 60% in just three years (from $8.88 billion in 2020 to more than $14 billion in 2023), making it the fastest-growing ad medium.

Ad fatigue is one of the biggest concerns for modern digital advertisers. To solve this problem creatively, marketers have tried various approaches, including games, quizzes, QR-code integrations, augmented reality, ad carousels and other interactive formats. These methods have borne fruit; users have shown increased engagement with interactive ads compared to static or in-stream video varieties. According to Innovid, these interactive CTV (iCTV) ads increase video completion rates and boost engagement rates by a factor of ten compared to standard pre-roll video ads. iCTV is not only efficient in capitalizing on the industry’s growing audience, it also helps build stronger connections between brands and consumers. For example, Netflix utilized iCTV shoppable ad placements with QR-codes leading to a promotional website to drive awareness of the 2018 interactive film, Bandersnatch, part of the anthology series, Black Mirror.

Other marketing channels like social media platforms aren’t lagging behind. A Chinese live-stream shopping ecommerce innovation from the mid-2010s has settled firmly in Facebook, Instagram and TikTok. It started when Chinese vlogging influencers began to live stream shopping binges at fancy boutiques in America and reviewing the products they observed during their journeys. Advertisers quickly saw an opportunity and prompted social networks to add “Shop Now” functionality. In 2019, live-stream shopping generated more than $60 billion in global sales (most of which came from Chinese buyers), according to Bloomberg.

Western businesses briskly capitalized on the innovation. Instagram released shopping features for posts, stories and Instagram Live, while their colleagues in Facebook developed Facebook Shops tools similar to those used on the QVC home shopping channel. Another American tech giant, Amazon, launched Amazon Live, allowing brands to set up their own shopping programming.

And there are other creative ways to cope with consumers’ ad fatigue. Gamification features like polls on Facebook, augmented reality ads on Snapchat and in-app playable ads in mobile games all encourage users to interact more with brands, forming memorable connections.

It’s not always necessary to come up with genius messages and creative visuals to draw attention (though it doesn’t hurt). Sometimes it takes technology to make that happen. In the artificial intelligence realm, automatic content recognition (ACR) and predictive recommendations are the first things to think of when it comes to powered personalization.

The CTV/OTT video environment is very suitable for this. Netflix and other streaming services enable hyper-personalized content distribution according to a viewer’s history and interests. An algorithm analyzes choices, average viewing time and browsing behavior to output the most suitable content to keep users engaged. Another example would be the ACR tech firm Inscape, which applies the use of audio ACR to adjust content language.

Similar to content personalization are tools for contextual ad display. For instance, TheTake identifies shoppable objects such as accessories or outfits on a video then links them with actual online store offers. These algorithms have been applied by WarnerMedia, A+E Networks, Crown Media Family Networks and NBCUniversal, and are also being included in LG Smart TVs. In the meantime, Roku’s ACR helps place ads in front of people who haven’t seen them to improve reach.

ACR and other AI-enabled technologies not only clear new advertising pathways for brands, but also impact buyers’ habits. The convenience of learning more about products and purchasing them with a single click is unquestionably the future of online shopping.

Outdoor advertising is about to experience a huge digital expansion once quarantine restrictions are fully lifted. Traditional out-of-home ads that adorn bus stops, airports and other public spaces can now automatically identify the time of day, weather, temperature, geographic position and other conditions to deliver the most timely messages possible. Powered with programmatic technology, digital out-of-home (DOOH) advertising will soon shift people’s perception of outdoor ads for good.

From the massive screens you see in Times Square to small bus information panels, most interactive displays can be connected to programmatic ad bidding and ad placement platforms for real-time digital delivery, in which ad buyers set conditions under which they agree to purchase placements.

But what does DOOH bring to consumers? When it’s cold, it can suggest where to buy gloves. When it’s sunny, it might showcase the best place to get sunglasses, and during a lunch break, a screen could point out the nearest bagel spot. In the summer of 2019, McDonald’s launched a campaign in Manchester, UK, based on temperature data, inviting citizens to try a cold strawberry lemonade or frappe when it was hot out.

And there’s room for DOOH innovation beyond screens. Take for instance a huge QR-code in the sky of Shanghai during a light show promoting the Bilibili video service, which went viral this spring. Such a transformation of outdoor advertising will have a tremendous impact on buying habits. It’s highly likely that instead of looking for the nearest spots on Google Maps, users will get used to checking their surroundings for similar information.

Related: The What, Why and How of Programmatic Advertising (and 5 Tips on Using It)

Put simply, being vigilant and savvy is paramount in order for brands to stay ahead of the curve.